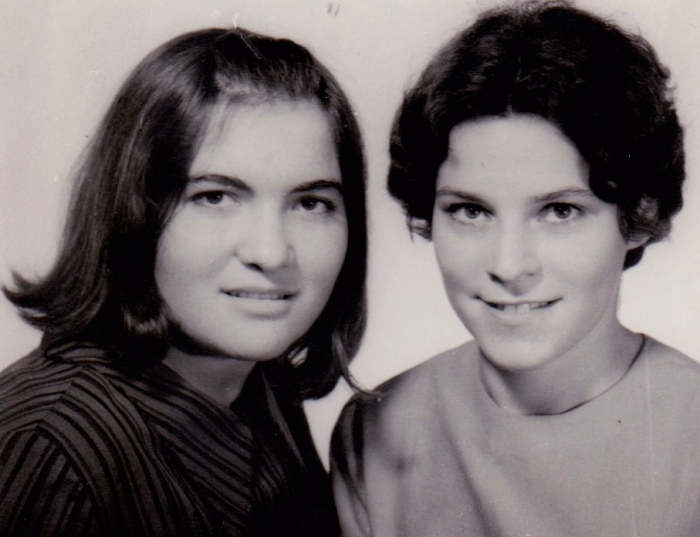 It may be bad news for anyone who calls their dog their best friend, but an intriguing new study points to what many children seem to know: that we are likely to be more genetically related to our friends than a random person on the street.

(This finding reminds me of how close I felt to certain girlfriends when I was in elementary school—like we were sisters. For some of us, this continues into adulthood; two of my friends are often asked if they are sisters—even their mothers think there’s something to the idea—and while they both have beautiful long hair and pretty light eyes, it’s something more than that.)

In a recent study published in PNAS, researchers found that among almost 2,000 people in a small town, genetic similarities between two friends were significantly higher than normal—friends shared about .1% more DNA. According to the abstract, “In fact, the increase in similarity relative to strangers is at the level of fourth cousins.”

This effect wasn’t “just being driven by people who were accidentally friends with their fourth cousins and didn’t tell us,” Professor James Fowler, one of the study’s authors and a professor of both medical genetics and political science at the University of California, San Diego told the BBC.

“Most people don’t even know who their fourth cousins are!” said Professor Nicholas Christakis of Yale University, a co-author on the paper . “Yet we are somehow, among a myriad of possibilities, managing to select as friends the people who resemble our kin,” he said.

Other researchers have pointed out that the effect could have to do with other factors, like ethnicity or “population stratification” (a nice way of saying that wealthier people tend to hang out with wealthier people, poor with poor, Baptists with Baptists, etc.)—these factors could unintentionally make people in a small town have both similar genes and more likely friends.

But the researchers said the relationship between friendship and genes held even when they looked at a smaller sample of just 907 pairs of friends who were double-checked to ensure that they were unrelated.

So what explains this effect? Why would this genetic link be a possible evolutionary advantage?

According to the abstract, “Friends may be a kind of ‘functional kin.'” Since homophilic genotypes “exhibit significantly higher measures of positive selection” this could mean that by picking friends with related genes, there’s a “synergistic fitness advantage that has been helping to drive recent human evolution.”

One thought on “Do You Share Genes with Friends? It’s Likely”